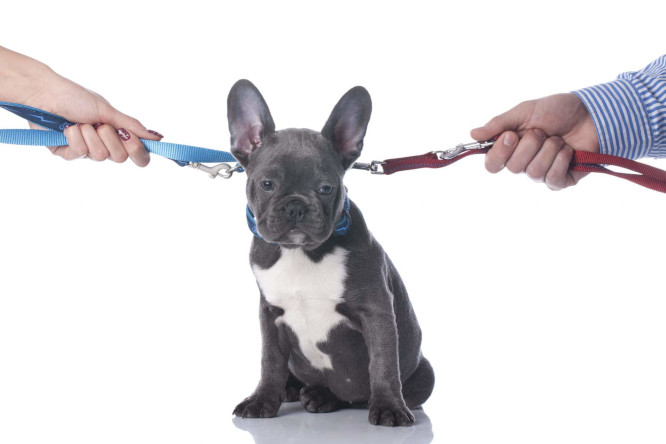 Seventy percent of U.S. households, or about 90.5 million families, own a pet, according to the 2021-2022 National Pet Owners Survey conducted by the American Pet Products Association (APPA). Have you ever considered what might happen if your pet could testify? What if our fur babies were no longer considered just property and were treated similarly to the children in the family? After all, most of us think of them that way, don’t we?

Now consider all the stuff they see, the interactions to which they are privy, the events about which you would never want the divorce court to know. Hachi’s favorite time to solicit a head rub is when I sit down . . . to pee! And it could be even worse than that….

Does Your Cat Love You?

Molly came to consult with me after losing her cat in the divorce. Cleopatra had been four years old before Molly even began dating David, but to hear Molly tell the tale, she really took to David from the get-go.

“And I was so anxious for her to like him,” she explained, regretfully. “Still, after so many years together, it never occurred to me that Cleo might actually prefer to stay with David when we broke up.”

Molly wept, when I pressed her for details. “She actually told the judge that David treated her better than I did!”

I probed. “What exactly did she say?”

“Cleo told the judge, ’Davie spends time with me. Molly’s too busy at work but Davie is here, spending time with me. He watches TV with me, he feeds me lunch, and he gives me catnip. Molly never does that.’

“I’ll tell you, when she testified to that, I thought I would die!” Molly exclaimed, mournfully. “I was wondering why she’d gotten so fat. It wasn’t until the trial that I realized he was over feeding her.”

Molly wanted to know if the judge could actually, legally give her pet to David. “Of course,” I explained, “the judge can do whatever he wants to do in his own courtroom. But you can always appeal his ruling, if you have the money. So, the real question is whether you have any chance of winning that appeal. And whether you want to wait what might be another year for the result. How old is Cleo now? How old will she be by the time the appellate court rules? A year in her life is an awfully long time, right?”

Molly isn’t the only one whose pet has turned on her. A friend of mine represented Destin, whose beagle Kaos told the judge that he watched Destin “beat up” Manny, while Manny, as Kaos explained it, was “just trying to do what he calls ‘the laundry.’”

Here’s how the hearing transcript read:

“Manny had just taken what he calls ‘the laundry’ out of the big noisy black machine and it was dripping water on the floor. I wasn’t interested in drinking it because it smelled really bad. So, Manny had his arms around a pile of it and it was all pink. And he started to put it in the other machine, the white one that always feels so warm when I rub against it.

“That was when Destin came in and saw what Manny was doing. His face got swollen, and his eyes got all small and wrinkled. He yelled at Manny, ‘You turned all my underwear pink! You’ve ruined all of it! That’s it. I’m done. Get all your stuff and get out now. I don’t ever want to see you again.’

“Poor Manny. He just cowered there, avoiding eye contact with Destin. He hunched his shoulders and his mouth turned down at the corners. He started saying, ‘I’m sorry. I’m so sorry,’ and just kept repeating that. Water started dripping from his eyes, you know how they do? He was clearly being as submissive as possible, in an obvious attempt to defuse the situation. But his deferential posture was plainly unable to pacify Destin. Honestly, he just should have flopped on his back and shown his belly; I’m sure that would have done it!”

Destin didn’t lose custody of Kaos for “beating Manny up,” but it was a close thing, even though Kaos had originally been his dog before he and Manny even got together. And Manny was, under the new 2033 custody statute, able to get timesharing with Kaos. 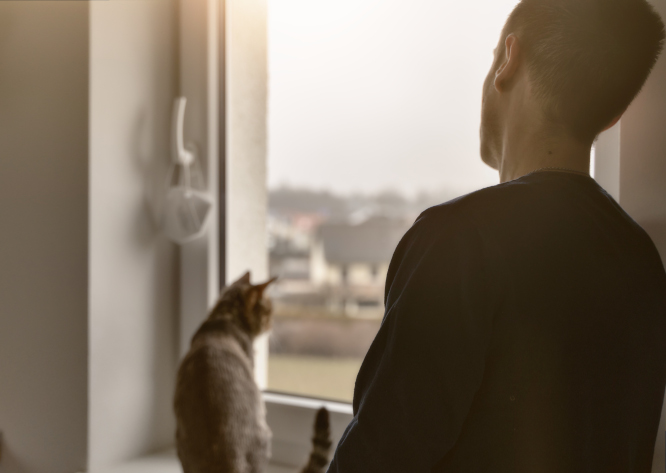 Someday, you might want to consider whether to target couples with pets or without. It is crucial to know your audience and the laws applicable to its members, in particular. When you do, you market that knowledge to that audience.

After all, if I were ever to get divorced, I would want a lawyer who likes dogs, not one who prefers cats!