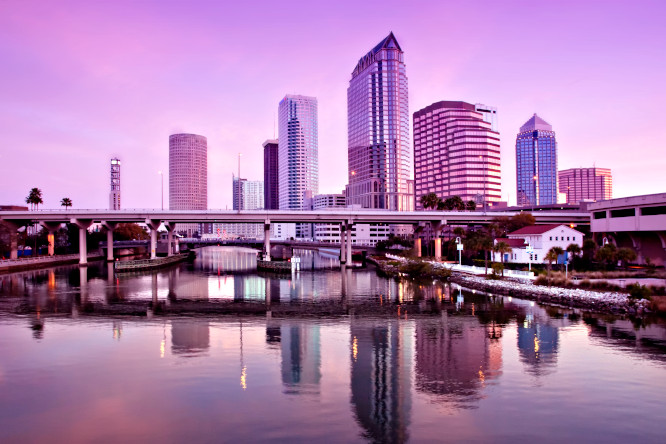 When I was seven years old, I lived in Huntington Beach, California, with my mother, my father, and my three little sisters. (This was all before my parents were divorced.)

My mother was pretty much a stay-at-home, occasionally helping out at my father’s medical practice, but mostly being the 1950’s (and ‘60’s) wait-‘til-your-father-gets-home” caregiver. She was, shall we say, a very “hands-on“ mom. I remember her staying up all night to sew us all matching beach robes from towels (that already matched) before our Saturday trip to the beach. I recall the shock of my first TV dinner after years of homemade . . . everything. I have evidence of the many photographs she loved to take, always of her one, two, then three, and finally four adorable girls. Is it no wonder that I love making videos and that my sister ended up as, first, a model, and then an actress?

At this point in my life, I had never heard of Florida, much less of Tampa Bay.

Fast forward 57 years. I turned 64 years old last week. And I’m putzing, in the process of sorting through various personal possessions, anticipating relocation to a deserted island somewhere . . . sometime in the “near” future. (My husband loves to accuse me of throwing things away, but it seems I’m not nearly as good at it as he would have you believe.) As I was culling through documents and mementos that I had hoarded over the years, thinking that they would someday be handy or newly relevant, that I would write “the book,” or that I might share them with my kids, I happened upon a cigar box that I had used for many years for small keepsakes.

I well remember when my mother gifted it to me. She had made each of us our own box. She told us they were called Love Boxes and she had made them, pasting colorful photos of something special to each of us (mine was a bright orange, spotted mushroom – I loved mushrooms) to the top of the box. Then she lacquered the boxes and made a label (you can still purchase Dymo handheld embossing label makers on Amazon today!) for each that she adhered to the inside of the lids. My box was called Jody’s Snuggle Box. (My sisters got a “hug box,” a “cuddle box,” and a “love box.” I guess she ran out of energy with the last one.) 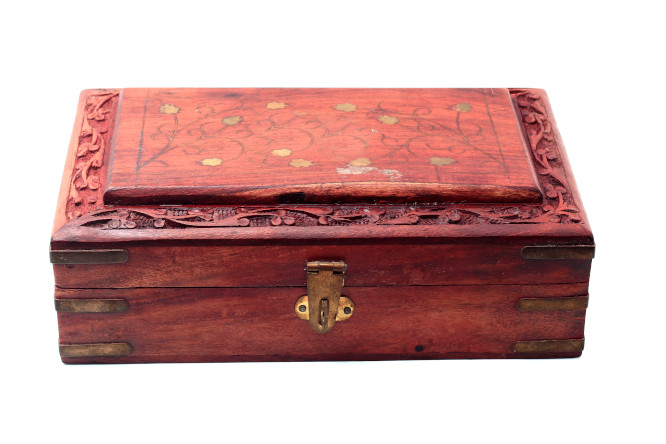 As soon as I saw it, I pulled my snuggle box out of the cupboard. I’ve used it over the years but hadn’t looked inside for several and was curious to find what I might have stashed there. No surprise; there were a number of trinkets, pins that had been given to me for . . . figure skating when I was a teenager, my pro bono work practicing law, achieving my accreditation status as a collaborative professional, and many others. A lifetime’s worth. I had badges, too, for my work with girl scouts, for my achievements snow skiing, for my accomplishments in the President’s Physical Fitness Program, for my efforts in Tae Kwon Do. I had money that I had picked up in my travels to foreign countries, and old (some of them very old) silver dollars, quarters, and dimes that I had accumulated over time.

As I sorted through these knick-knacks, my husband looked over my shoulder. He caught the advertisement on the box’s inside lid, which I had never really read, and read it aloud.

It was . . . for cigars, made in Tampa! Where I have lived for the last 38 years but never knew before I relocated that I would.

My mother had glued Jody’s Snuggle Box to the surface of the advertisement!

Can We Predict The Future?

I’ve lived in Hawaii, New York, California, Washington D.C., and Florida. I carried this box around throughout my life not knowing that it would point me in the direction of the town where I would raise my daughter and open my law practice. Did my mother know all along? Did she have a sixth sense or was it a total coincidence?

I don’t know if you believe there is a God. I won’t pretend to understand which questions keep you up at night, but I’m confident that answers will find you when you least expect them. I found myself thankful for every job I turned down. I don’t regret any relationships that ended. Somehow, I ended up exactly where I was meant to be. If you don’t know your next move, there might be a reason!

If you need help deciding where to go next, reach out to me at Joryn@JorynJenkins.com or find me at Your Collaborative Marketing Coach. Your marketing is my marketing! And if you’d like to learn more about how to become a Collaborative Champion or a Legal Influencer, buy my toolkit or attend my training!

The Observer Effect in Divorce