In the Trenches Part Four 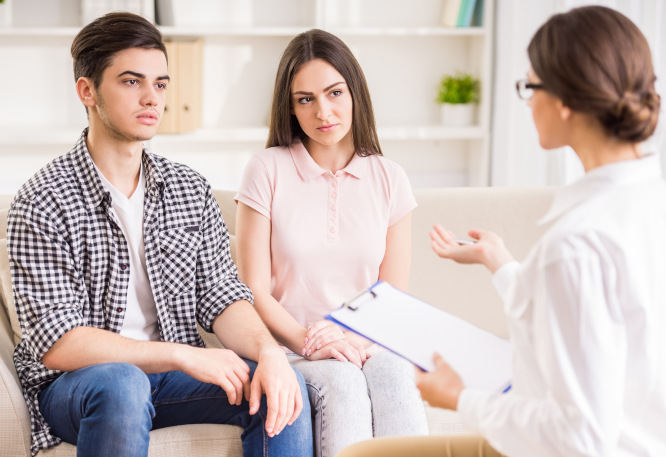 In the first three parts of this series on client goals and interests, we examined the actual reports of three different facilitators to their professional teams at the commencement of the collaborative divorce process. We were also able to examine how the heads-up provided by these mental health professionals “facilitated” the team’s successful management of the clients’ emotions and the negotiation process.

But the divorce described below was one of our early pro bono matters, staffed by professionals who were new to the process. The clients had long since separated and moved on. Thus, rather than being highly emotional, this divorce really involved just functioning and financial issues.

Cindy is 25, born and raised in Brandon. She is the middle child of three cared for by a stay-at-home mother. Cindy has a “big family” who are “close” and “did a lot together,” including annual visits to North Carolina every summer.

She is a high school graduate and has worked as a photographer for Mamarazzi and Snapshoot for the last eight months, earning $500 to $600 per month.

Cindy reported that she had only known Travis for four months before discovering that they were pregnant. She explained that their lives changed completely with the sudden responsibility of becoming parents to Madalynn, born in March 2010. They married in February 2011, and attempted to create a life together. They had Colby in November 2011. Unfortunately, she and her husband “didn’t really know each other” and eventually realized that they are “really different people.”

Cindy and Travis recognized that they were not happy together, though she wished that things could have worked out differently. She described him as her “best friend for the past 6 years” and said they work well together in terms of co-parenting their children.

Travis is 26 and grew up in Riverview. He is one of four boys, with two older brothers and a twin. Travis reported “no complaints” about his family, noting that they “did a lot” together. His mother stayed at home to raise the kids while his father worked “a lot of hours.”

Travis is a high school graduate who had Specific Learning Disabilities. He explained that he struggled in all academic areas, including reading, writing, and math. Travis had “no patience” for school, wanting to work and earn money rather than attend classes. He now works as a foreman at Moretrench, earning $2400 per month.

Travis was initially “shocked” when his wife brought up the idea of divorce, although he “kind of knew” that there were problems. He expressed that they had disagreed often and liked “different things.” He has since come to understand that “things will be better,” adding that they have a “better relationship now” than before they separated.

Travis and Cindy co-parent well, agreeing on most parenting issues. He tends to let her “be the decision maker” but is involved in “big decisions” about the kids. 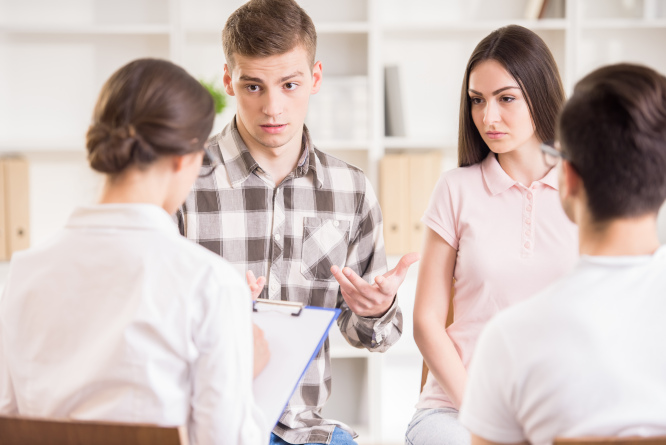 Travis and Cindy appear to agree regarding the reasons leading to their divorce, which means that they are less likely to be influenced by negative emotions during the process. Encouragingly, both demonstrated a mature approach to their divorce, focusing on the wellbeing of their children, maintaining a positive relationship with each other, and pursuing agreement and compromise instead of argument. It will be important for the team to create a collaborative atmosphere that supports this willingness to work together. In fact, both expressed that having the process “go smoothly” is their primary goal.

Travis expressed nagging concerns that the collaborative process might complicate what he views as a simple and straightforward divorce. The team should be cognizant of this and demonstrate our commitment to ensure a “smooth” process.

Travis tends to defer to Cindy in terms of making decisions about their kids, accepting that she is usually “better” at understanding issues related to school, medical treatment, and general activities. Cindy presents as more dominant in the relationship, confident in her perceptions, and certain about her judgment. As such, it will be important for the team working with Travis to help him feel confident in his judgment/decisions and encourage him to express any questions or concerns he might have.

The team working with Cindy should support her confidence, but also be mindful that she can become playfully dismissive of Travis and take over control of decision making.

Travis and Cindy both expressed mild to moderate concerns about the financial aspects of the process – they are a working-class family with a combined income of approximately $3000 per month. Cindy expressed concern about finding the money to pay the filing fee. She also noted, though Travis did not mention it directly, that he has expressed fear that the court will take his entire paycheck to pay for his family. She has assured him that this will not happen, but the financial neutral should be aware of his apprehension and address any questions he might have regarding child support and other financial matters.

As advised by team members working with Travis and noted during the interview process, Travis reported learning disabilities and, during our talk, struggled to understand more complex vocabulary. Thus it will be important for all involved to manage the words they use during the process. The team working with Travis should be especially mindful and check-in privately with him, when necessary. Alternatively, team members can also ask for clarification if anyone notices complex vocabulary and/or confusion in order to assure he comprehends without loss of face.

Given this report, it was unsurprising that the beginning of the first full team meeting was easy. Cindy had actually driven across town to pick Travis up (his car was out of commission), and Travis was as accommodating as our facilitator had described him.

But this exploration of personalities and goals was particularly helpful when it came to issues that arose as soon as we began to discuss parenting responsibilities. The lawyers were in the midst of explaining “shared parental decision making” when Travis volunteered his intent to give Cindy ultimate authority over parenting decisions regarding both education and medical concerns. In that moment, his attorney actually leapt out of her seat, exclaiming “You don’t have to do that! Why are you doing that?!”

This team’s professionals were all new to collaborative practice, so I understood why she was shocked that he‘d relinquish his right to make those decisions without any legal justification. But I was Team Mentor, so I called a break for the professionals to discuss the matter.

It was clear to me that Travis wanted what was best for his kids, that he knew his own limitations, and that he trusted Cindy’s ability to make good parenting decisions. In discussing his lawyer’s reaction, I first coined the phrase, “The Law Should Be Your Last Resort,” to explain to this new collaborative counsel that the process doesn’t care what the law says so long as the parties agree on what’s best for their family. So I was able to guide the team through her (over)reaction to his surrender of his right to co-decide.

I love the collaborative process for many reasons, this case being one of them. The trust and understanding that both partners expressed to each other is what moved this process forward and why all divorce cases do not need to go to court. The process allowed this couple to find their unique agreement without court interference. If the collaborative process sounds like the service you seek, reach out to us at Open Palm Law!