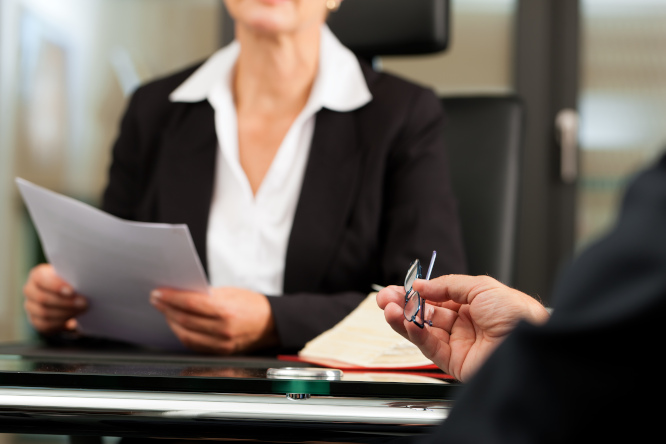 Just because I’m a Collaborative Lawyer doesn’t mean I’m a pushover. This is, however, the un-informed assumption that many people make about the collaborative attorney. I used command the respect of opposing lawyers; they called me “That Aggressive Female Trial Attorney!” Now I’ve remade myself into someone more valuable to society – to our culture – and to my clients. What makes them think I don’t continue to dedicate myself to representing my clients’ best interests?!

Twice recently, whining lawyers have accused me of “not being collaborative.” They were not collaboratively trained, and we were in litigation. And they weren’t getting their way. So, like toddlers, they struck out, in writing, with the first thing they could thought of.

So why did their words hurt?

I had expected better behavior. I had divorce cases with each of them years ago and they had been far easier to get along with back then. In court! But times change, I suppose.

John’s client recently relocated his wife of 33 years from Chicago, where they were both born, against her better judgment. Once they were settled here, leaving all of their friends and everyone in their family behind, “Chicago” had announced his intent to divorce her by serving her while he was at work.

This was the classic “no warning” divorce; “Wife” had no clue. Clearly, her husband had never shared his feelings with her for fear of the emotional upset it would cause, and had simply plowed ahead with his plans, letting her know in the worst possible way, at the last possible moment.

She packed some clothes and ran back home.

It’s been over a year and she’s just now getting past her shock and disbelief. It’s difficult; she lives in their daughter’s spare bedroom in Chicago while the divorce unfolds down here.

Not surprisingly, Chicago wants this over. I suppose his new girlfriend, and his guilt for how he has treated Wife, too, are driving his need for speed. Initially, he made the mistake of retaining an attorney who did not share his haste and who failed for seven months to provide us with discovery.

Now that he’s retained John, he’s pressuring him to “get it done.” So John, knowing that the issues are limited to dividing the assets and Wife’s need for alimony, harps naggingly on my client’s snail-like responding.

He initiated our first email conversation, re-introducing himself with, “Can we set up a time to talk about how to finalize this case?”

But divorces move as quickly as the “slowest person in the room,” in this case, Wife. Chicago’s initial failure to disclose had only magnified the distrust already created by the “surprise” divorce. Every phone call she and I shared, at least once a day, she wept. And she focused on the mementos she had left behind in Tampa; she spent precious time listing every Christmas ornament and Precious Moments figurine that gifted her over the years.

So, I offered John the history from Wife’s perspective, as well as a description of her emotional state (grief-stricken and lost) and the specifics of our still missing discovery to help him “get the matter moving.” I explained that I would be grateful for Chicago’s settlement proposal. I did add, however, “I’m here to help her accept that this divorce is inevitable, but I will not let him rob her.”

Chicago had always controlled the money. When Wife stopped contributing her (smaller) paycheck to their joint account (refusing to pay for the house in which Chicago and Girlfriend now cohabited), John blandly denied that Girlfriend lived there, commenting, “It’s funny, I thought you’d be different, given your perceived preference for collaborative. Turns out, just like everyone else.” Then he accused us of delaying our response to Chicago’s settlement proposal, despite his failure to provide discovery and the suspicion it had raised for Wife, the “impecunious spouse.”

My client knew about Girlfriend because their sons still lived in the home. Then I asked him to evaluate his information, “He may say that the GF is not living with him, but we know otherwise. Have you visited the home?”

He responded snidely, “Yes, I actually sleep over at all my clients’ homes for about a week to make sure they aren’t lying about live ins. The case is not difficult, I just wish ‘collaborative’ lawyers would stop pretending that they are actually of that mind frame. Or that they would practice what they preach.”

I again apologized for her slowness in processing what was happening, but again requested Chicago’s missing discovery. “Her mistrust is making this case difficult.” The assets were a mystery to Wife, as was the concept of “equitable distribution.” We were working on our client’s counterproposal, helping her understand the numbers and how she would be credited for her share of the equity in the home, ensuring that she had all the information she needed to make decisions.

Despite my sharing this information, John sent us an email every few days for three weeks, constantly asking for status. At one point, he inquired “Guys, are you moving this case along or not?” An hour later, he sent “Hello?” Three minutes after that, he asked, “Is anybody there?”

He answered immediately, “How? When? Please for the love of God show me.”

Early on, he wanted to set mediation, despite owing us discovery. I suggested that, to ensure success, we “select an older woman, one whose kids are grown, someone [Wife can] identify with.”

He rejected that idea, claiming that I “wanted to use [a certain mediator] for a self-serving reason (older with kids out of the house as if that’s the problem here).”

I could only respond, “John, as I explained, a mediator who resembles my client will connect better with her, more likely leading to a successful outcome for both of our clients.” And then, I couldn’t help myself. I added, “Really, you should stop throwing spitballs. They’re just mean.”

Strangely, he did, replying, “My thoughts are this is super silly,” but choosing one of the six mediators I’d suggested.

Today, we signed the mediated settlement agreement. John and Chicago remained out of sight in a separate break-out room. My client is content with the results and appears to have acclimated to the idea of a fresh start as a single gal, back in the city she loves, close to most of her family and friends.

If you want a better result than you’ll get in a traditional litigated divorce, reach out to a collaborative divorce professional and ask your questions. You’ll like the answers. And the results. Even if you’re stuck in litigation. You can visit us at Open Palm Law or email me at Joryn@OpenPalmLaw.com. Change is always hard, but you can choose to make that change easier; make it collaboratively.