I Began College When I Was 16 Years Old… 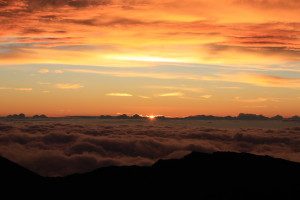 I began college when I was 16 years old, health before I actually graduated from high school. (Yes, years later, Vestal High School condescended to send me a diploma, but not until I had passed several courses at college to complete my high school prerequisites! Which my mother didn’t tell me about until many years later! But that’s another story….)

Yale University accepted me anyway, so I was only 19 years old when I graduated, in 1976, in the fourth co-ed class at Yale, with a bachelor’s degree in English Literature and Language.  In the meantime, Yale was good to me: the ratio of men to women was seven-to-one; my three roommates moved in with their boyfriends off-campus, so I enjoyed a two-bedroom suite all to myself; and the men in my entryway (the other nine suites were all male) all took an oath not to ask me (I was jailbait!) out.  (I discovered this many years after the fact, when one of them (asked me out and) came clean.  Great for my education; not so good for my social life or my ego.)

So I graduated.  What the heck?!  What was I going to do with a B.A. in English at the age of 19?!  I had never had an interest in teaching kids, and no earthly idea what else a woman with a major in English Lit could do to earn a living.

My stepfather came to my rescue.  When I asked him for suggestions, he responded, “why not go to law school?  It’s only another three years and it’s a great education in how to get along in life.  It will serve you well, whether you become a practicing attorney or not.  In fact, half of those who obtain their juris doctorates never practice law; they use their law schooling in the business world!”

So, after a nine-month break from college waiting tables in Hawaii and pondering my choices, I chose to attend Georgetown University Law Center, in Washington, DC.  For the first of my three years there, I worked (well, volunteered, really) for Senator John Heinz, in order to get some idea of how our political system works.  After that, I “wrote onto” law review, in this case The Tax Lawyer, an American Bar Association publication, at which I was eventually appointed Lead Articles Editor.  (No, I did not become a tax lawyer!)  For the last two years, I nannied for the two young sons of the Chair of the Senate Committee on the Aged, after their mother was murdered in a botched burglary attempt at their D.C. home.  And I clerked for a small law firm in downtown D.C. where they defended really interesting criminal cases.  But more on that later.