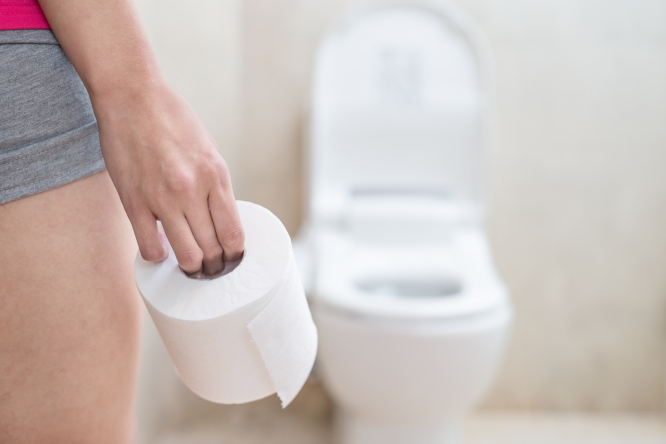 I met a friend of mine for a glass of wine. It had been a good while since we had enjoyed the opportunity for a long chat, and this was the first I’d heard she has something wrong with her digestive tract. Bloating. Constipation. Diarrhea. Heartburn. You name it; she had it, at one time or another. Over a five-year period now. It even got to the point that she was suffering from incontinence, along with intermittent nausea and vomiting. And she’s not that old, either.

So, she’s seen doctor after doctor, and tried medications, supplements, therapies, and anything else a medical expert has recommended to her. Nothing has worked to straighten her out, to cure her.

I asked her if she had considered trying “a poop injection.” Honestly. I didn’t know what else to call it. She laughed. “Are you kidding?”

“No, that’s not its real name.” I blushed, embarrassed. “It’s called something like that though. I can’t remember what the actual medical expression is, but I read about it while I was researching something else online. It’s been used to cure people who were dying when the doctors couldn’t figure out what else to do.

“When you said no one could figure out what is wrong with you, you jogged my memory. That’s what they said about the people who were dying, but who were cured by this bizarre therapy.”

I couldn’t tell her much more than that.

When she was finished giggling, we went on to other topics, but I couldn’t forget our conversation. When I got back home, I looked up “poop injection” on Google.

Thank God that Google knows what you mean with just a few clues, even when you’re expressing yourself poorly. My “poop injection” is actually called a “fecal transplant,” or, in more polite company, “bacteriotherapy.” So, what the heck is the theory behind that?

The problem, when antibiotics kill off too many “good” bacteria in your digestive tract, is called “recurrent C. difficile colitis.” When your doctor can’t get rid of the C. difficile organism any other way, the solution may be a fecal transplant, which can help replenish your bacterial balance.

As you might have guessed, bacteriotherapy is the transfer of stool from a healthy donor into the patient’s gastrointestinal tract. Pretty disgusting if you know what it really is. But even Johns Hopkins offers it. So, it’s not that off-the-wall. And, although it has been commonly used to replace gut bacteria of people suffering complications after prolonged use of antibiotics, it’s now becoming increasingly popular to use it to treat conditions like chronic fatigue, Parkinson’s, autism, and irritable bowel syndrome.

I sent this info to my friend with the comment, “See. It’s not my imagination!”

One of the problems you run into in developing a marketing campaign is not how to relieve the client’s pain, but how to name it so that the client understands your value proposition. And can find you when they need you. And can remember you so that they can refer others to you.

Suggesting that my friend needed a “poop injection,” or even a “fecal transplant” was likely not the most attractive way to sell that doctor’s services, regardless of how effective they might be to resolve my friend’s ailment. I hope she follows up on my advice because it may be exactly the solution she’s been seeking. But couldn’t they have named it better?

Well, in fact, they did! I will bet you dollars to donuts that the therapy was originally called a “fecal transplant,” until some smart guy thought to rename it “bacteriotherapy.” And now, according to The New Yorker Magazine, “the official term is fecal microbiota transplantation, or FMT.”

If I had just thought to call it FMT from the get-go, my friend would be more likely to consider trying it.